Research Triangle Park, NC – Research published in the journal of Emerging Infectious Disease in June 2012 supports an association between Bartonella infection and rheumatological symptoms. The researchers tested 296 immunocompetent patients for evidence of Bartonella infection. Bacteremia with one or more Bartonella species was found in 41% of patients with a prior diagnosis of Lyme disease (47%), arthralgia/ arthritis (21%), chronic fatigue (20%) and fibromyalgia (6%). These surprising new findings were made possible by a new testing technology developed by researchers at the North Carolina State University (NCSU) College of Veterinary Medicine.

Popularly known as the bacteria causing Cat Scratch Disease and Trench Fever, Bartonella are highly fastidious, intracellular bacteria which infect patients at very low levels of microbiological detection. These bacteria infect erythrocytes, monocytes and endothelial cells and cycle in and out of the bloodstream on an unpredictable basis. . As a result, conventional serological and PCR testing technologies are often of limited value for the confirmation of infection. The NCSU research team developed a novel method to overcome past testing challenges through the use of a propriety enrichment bacterial growth medium (Bartonella alpha-proteobacteria Growth Medium, or, BAPGM). When paired with highly sensitive PCR testing, the BAPGM medium increases the sensitivity of Bartonella species detection by 4-5 times over conventional testing methods.

This 2012 EID study follows a decade of medical case series research implicating Bartonella infection in chronic diseases affecting the joints, neurological and vascular systems. According to one of the researchers, Dr. Robert Mozayeni, a rheumatologist, “The risk of Bartonella infection is a major safety concern that physicians need to be aware of. It will have an important impact on how we diagnose and treat patients, especially patients undergoing transplants, receiving blood transfusions, or immune suppression therapies. Because the bacteria appears to contribute to a broad range of conditions, an appreciation for Bartonella will also help us understand the mechanisms and causes of various chronic diseases.”

Patients who present with key risk factors and symptoms should be screened for Bartonella infection, especially if immune suppression therapy is being considered, as Bartonella causes more serious disease in immunocompromised individuals. Physicians should also consider the risks of Bartonella infection to animal health professionals, animal workers, biologists and others with extensive arthropod exposure and transplant and transfusion patients.

Risk factors for Bartonella infection include regular contact with animals, especially cats, and exposure to fleas, ticks, lice, and biting flies. Research suggests that veterinarians and other animal workers are at a higher risk of infection.

Symptoms of Bartonella infection may include fever, headaches, swollen glands, and fatigue, making it difficult to distinguish from other tick-borne infections and disorders with similar presentations. More pronounced symptoms include vascular inflammation, chronic joint pain and inflammation, and neurological symptoms that mimic multiple sclerosis, migraine headaches, and epileptic seizures.

Galaxy Diagnostics Inc. is an infectious disease diagnostic company located in the Research Triangle Park, NC. We provide physicians and veterinarians with the most sensitive test available for the detection of active Bartonella infection in patient samples. Following the One Health / One Medicine philosophy, our mission is to provide the highest quality testing services for emerging infectious diseases in support of the best patient care possible for both animal and human patients. For references and testing information, please visit our website at http://www.galaxydx.com. 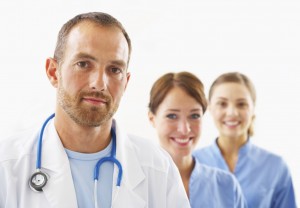